West Scotland Liberal Democrats The team for the West of Scotland

So after weeks of the SNP promising they would reveal their plans for using the newly acquired powers to raise or lower income tax, I’m not sure the result today was worth getting out of bed for.

How many respected bodies raising the alarm does it take to get ministers to listen?

When we have had professional bodies representing teachers, the police and health professionals all highlighting the negative impact of the SNP government's target culture and obsessive centralisation, a reasonable person might expect the Scottish Government to start to listen.

Yet another poll shows Lib Dems gaining on regional list

A poll conducted by Ipsos MORI in February shows that support for the Scottish Liberal Democrats on the regional list vote is up more than 2 percent from the last Scottish Parliament election.

Marco Biagi, Minister for Local Government, referring to local authority finance and the council tax freeze today on BBC Good Morning Scotland said that “everybody accepts [this] is an unfair way of raising revenue, and we’ve been doing this since we have been in office and we’ll stick to that.”

“The SNP has been in office for nearly 9 years - surely this is sufficient time to change things for the better? Instead council tax reform has been kicked into the long grass and local authority funding has suffered.”

I’m so proud of our party for having the guts to do what nobody else will: be honest with the Scottish public about the state of our education system in Scotland, what we want to do about it and how we need to fund it.

SNP need to get serious about supporting GP services

Scottish Liberal Democrat health spokesperson Jim Hume MSP has warned that Scotland is facing an acute shortage of GPs as new figures revealed the number of doctors taking up new GP training places has fallen from 336 in 2010 to 241 in 2015.

Scottish Liberal Democrat education spokesman Liam McArthur MSP has warned that by distributing funding aimed at closing the attainment gap to individual councils and schools, the Scottish Government is ignoring the needs of disadvantaged children across the country as a whole.

The leader of the Scottish Liberal Democrats Willie Rennie MSP has today spoken of his vision for Scotland over the next five years.

SNP 'making it up as they go along' on policing

Scottish Liberal Democrat justice spokeswoman Alison McInnes MSP has today said that judging by the SNP’s record on policing, they are making it up as they go along.

Scottish Liberal Democrat peer Jeremy Purvis today called for transparency over negotiations on the fiscal framework agreement between the Scottish and UK governments.

Join the Liberal Democrats today from as little as £1 a month and help us demand better for our future. 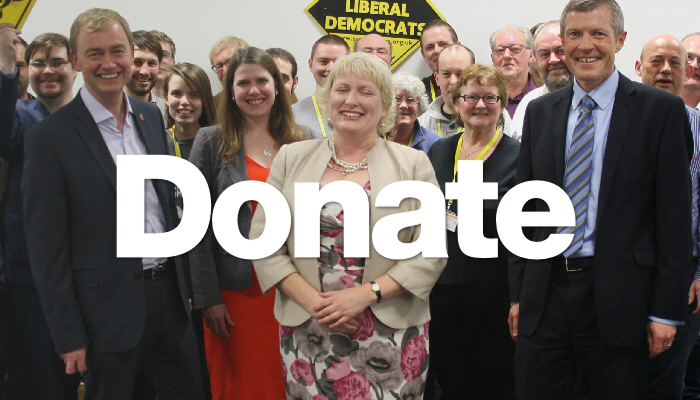 Donate and help us win in May!